Normally, I’d be in Provincetown this weekend for their annual film festival; I’ve missed it only twice in the last fifteen years. I’ve gone to P-Town in Winter, Autumn and Spring, but Father’s Day weekend (falling near the Summer Solstice) always means PIFF. 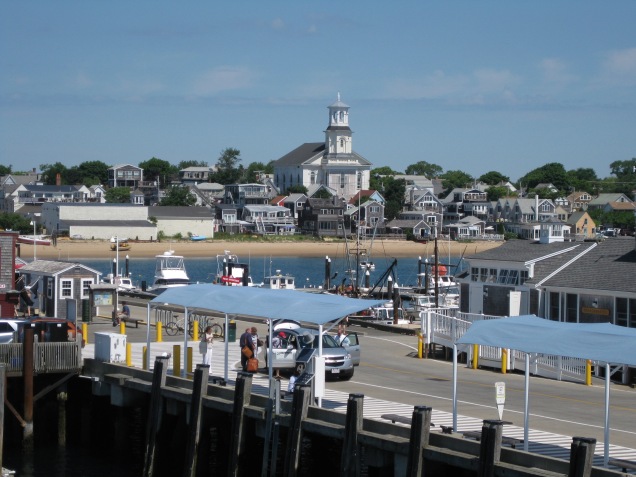 As with my New York essay, I thought in these crazy times it’d be therapeutic to look back at some P-Town pix I’ve taken over the years. Above is a 2010 view of the town (the tall building is the Library) and MacMillan Pier from the ferry dock. Traveling there by sea from Boston is highly preferable to doing so by land (and shorter!)

From the same year: a banner for the 12th PIFF (with the Library in the background.) 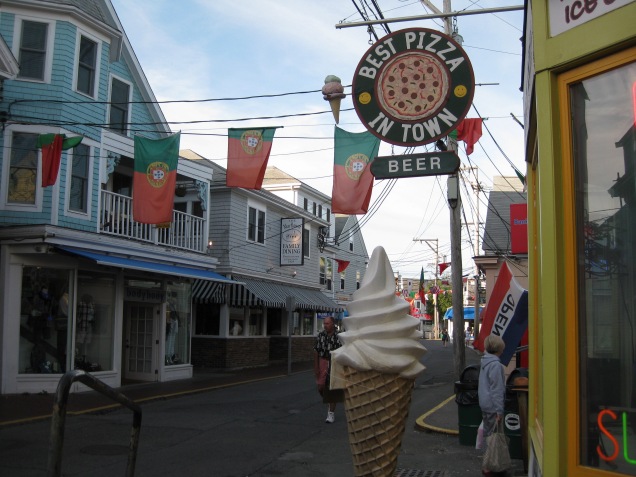 The heart of Commercial Street, P-Town’s main thoroughfare. Lined with restaurants, gift shops, bars and other tourist attractions, you can drive (one-way) along it, but IMO it would be so much better if you couldn’t. 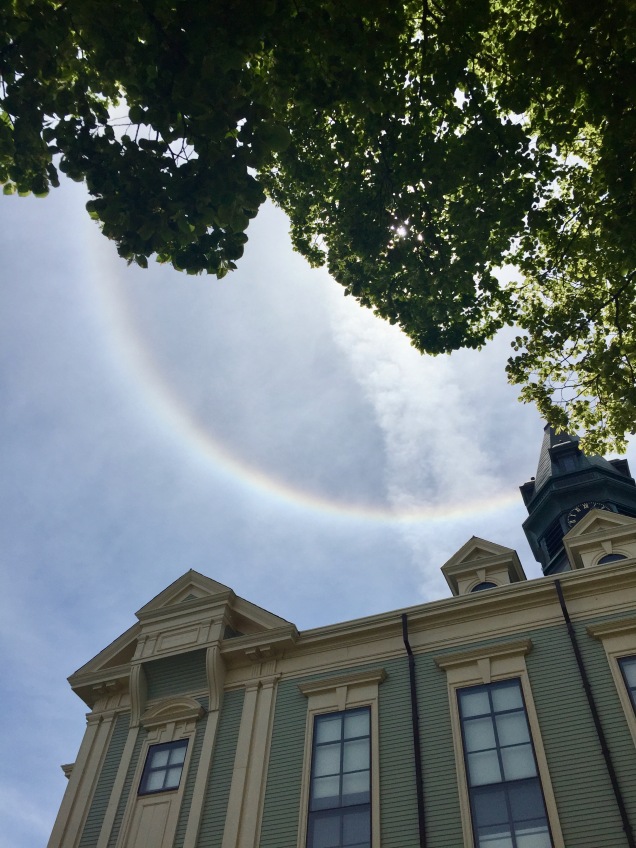 Town Hall, 2018. At the 20th PIFF, nature provided a serendipitous backdrop for the unveiling of an AIDS memorial.

Town Hall at New Year’s Eve, 2016. P-Town does not entirely shut down for the off-season.

A restored Library, sometime after 2010. I used to joke that the restoration dragged on forever, but I now admit it was worth the wait.

Arch Street, one of dozens of narrow, mostly residential roads that link Commercial Street to its adjacent neighbor, Bradford Street/Route 6A. 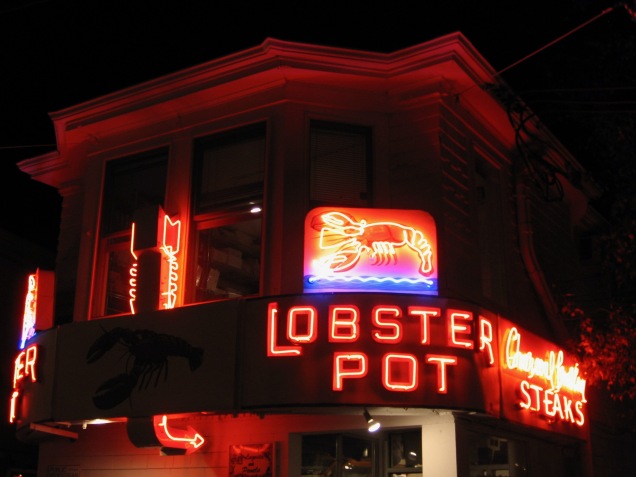 P-Town has its share of colorful signage, first and foremost being the vintage red neon of The Lobster Pot.

With signage less flashy but still distinct, Utilities is a kitchen/bathroom store where one can find everything from a teakettle to a shot glass. With its densely but neatly packed shelves and show tunes playing overhead, it’s the type of local gem you wish would stay open forever.

Of course, not everything in P-Town endures. This long-standing, curiously-named restaurant bit the dust sometime in the last decade, although the space lives on as Liz’s Cafe/Anybody’s Bar. 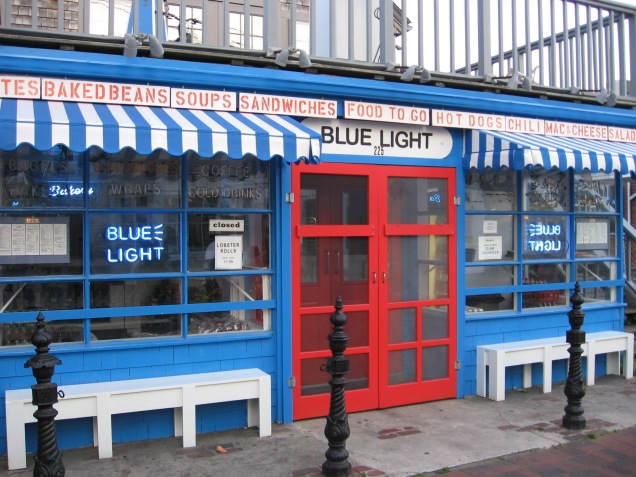 Other businesses pop up for a few summers before quietly disappearing, like Blue Light, which later became Blondie’s Burgers; it has now housed The Canteen for over five years. 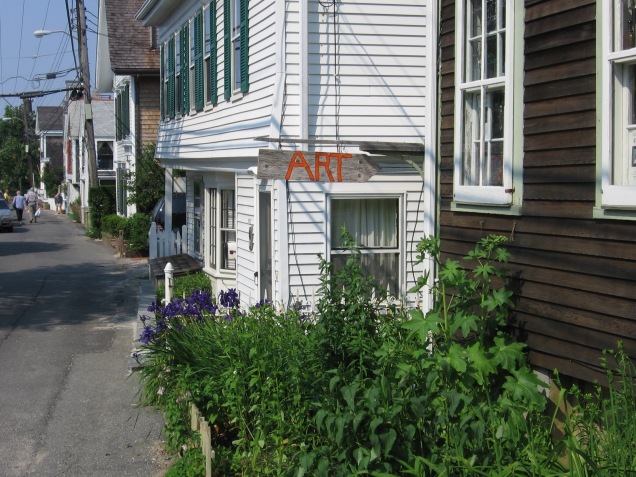 Over on the West End: who doesn’t appreciate signage so straight to the point? 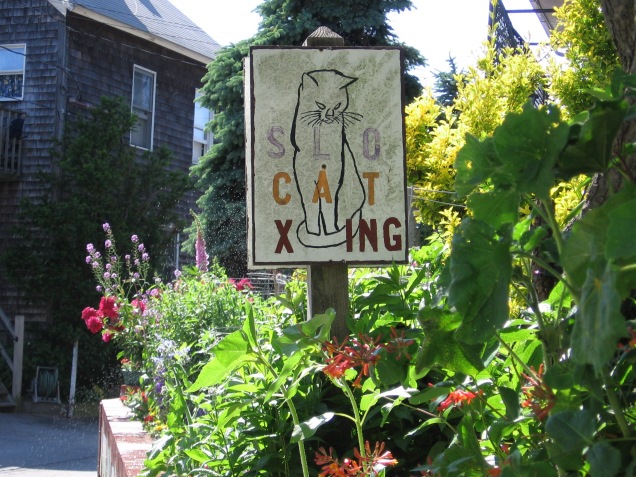 Back near the center of town: this whimsical warning also lets people know they’re just around the corner from Napi’s Restaurant, a year-round P-Town institution.

One of Napi’s restrooms; the other one is marked “Or.” 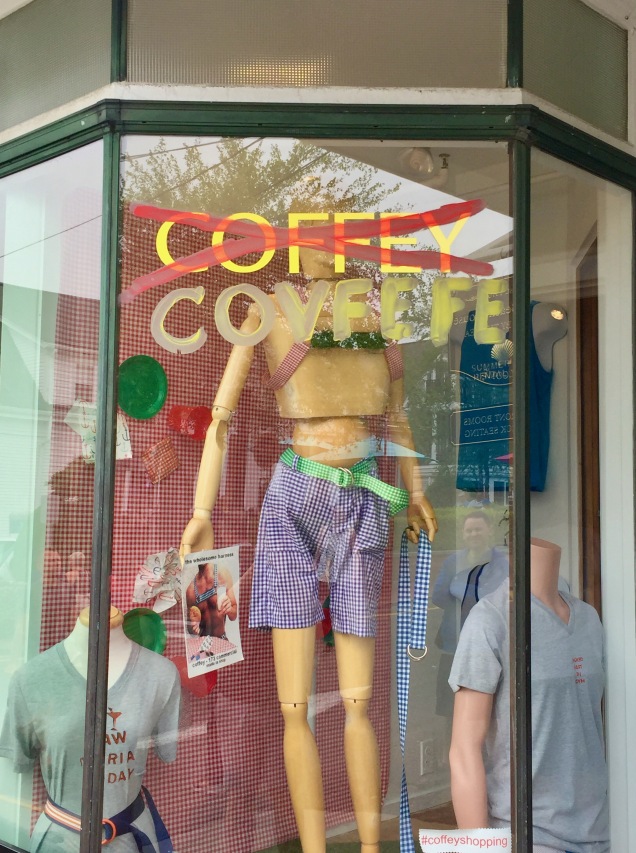 Some signage is fleeting, as seen days after a certain, infamous tweet in June 2017. 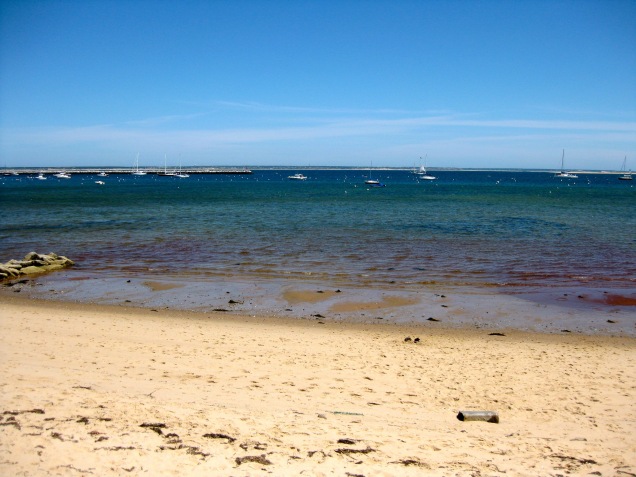 The town part of P-Town provides only half of its allure. Located on the tip of Cape Cod, water surrounds it on three of four sides. Above, a beach right in town (if not an ideal one for swimming.) 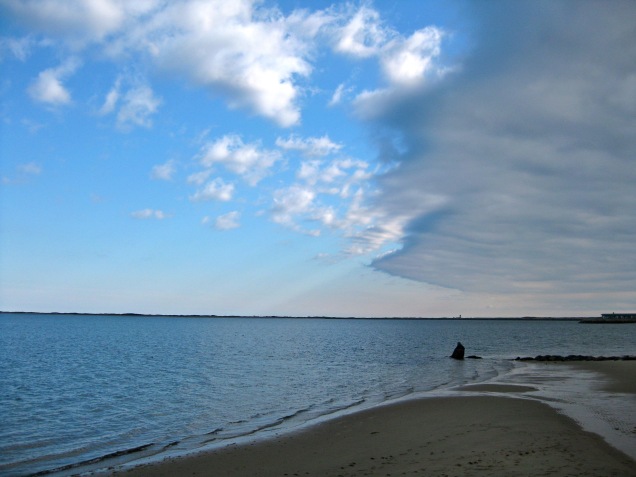 Another beach a little further along the coast: have you ever seen such a schizoid sky? 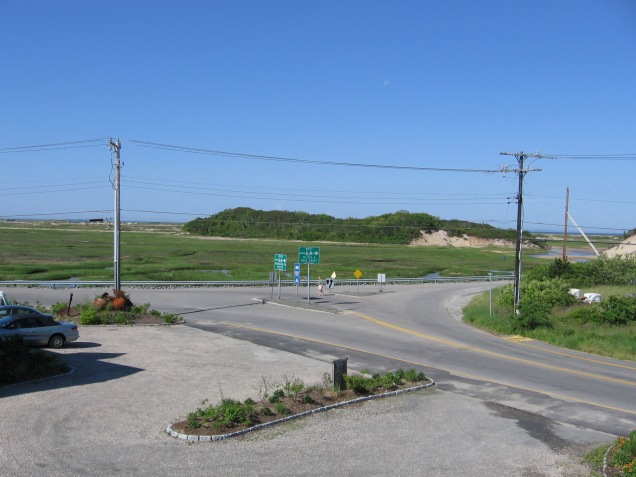 If you walk far West enough, this is what you’ll find: Bradford Street’s end, with the dunes, Herring Cove and the Atlantic Ocean just beyond. 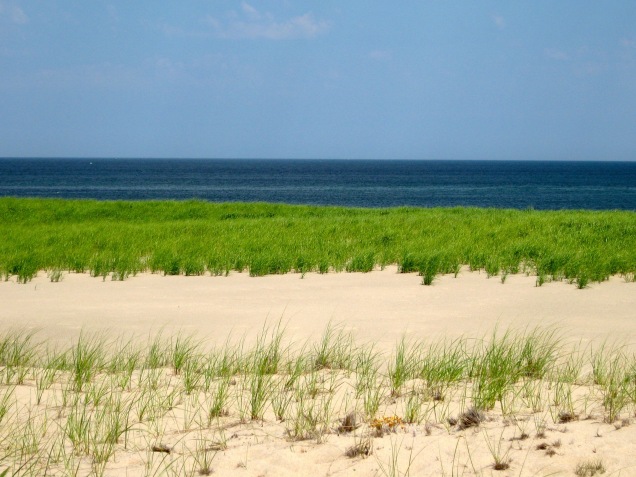 North of town, the Province Lands contain miles of biking trails running around the dunes.

Wood End Lighthouse, often the first sight of P-Town from an incoming ferry.

We return to MacMillan Pier at what is undoubtedly the “golden hour” for photography.

MacMillan Pier is lined with these cute little shacks. Founded centuries ago as a fishing village by Portuguese immigrants, you can spot their flag proudly flown all over town. 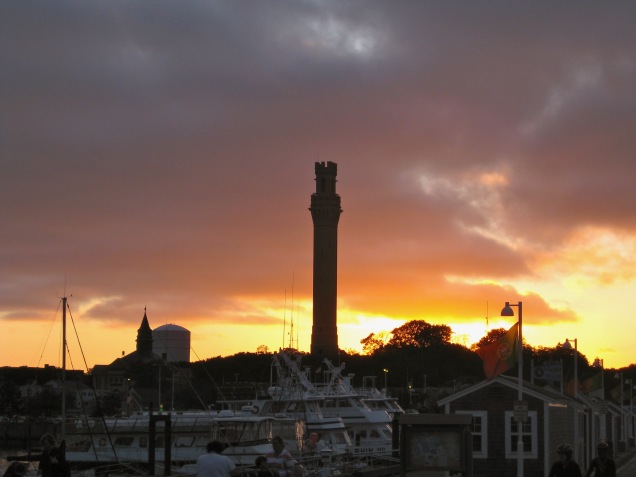 That tall, narrow building is the Pilgrim Monument, the most iconic feature of the town’s skyline.

The Provincetown Causeway in the West End, October 2012. Until we meet again, P-Town…