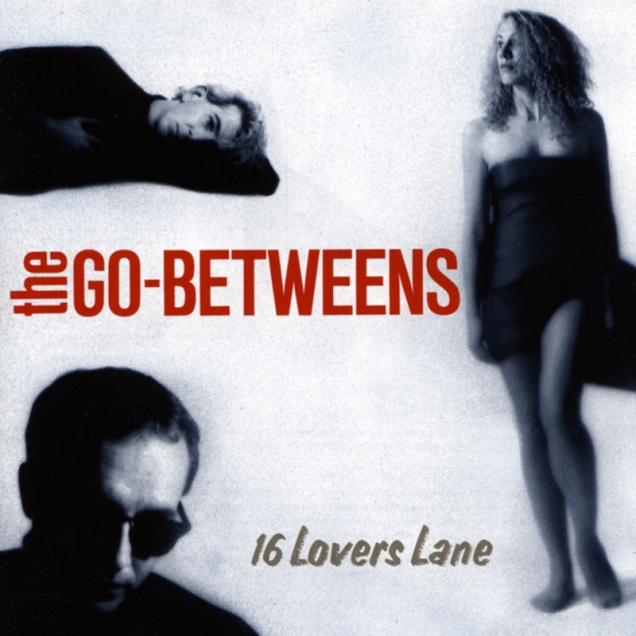 Track listing: Love Goes On! / Quiet Heart / Love Is A Sign / You Can’t Say No Forever / The Devil’s Eye / Streets Of Your Town / Clouds / Was There Anything I Could Do? / I’m Allright / Dive For Your Memory

We view the past through a slightly titled lens. Mention of a decade, an era, even a specific year elicits a set of cultural signifiers—not identical for everyone, but most can name a few defining characteristics as some things endure and others fade away. Limiting our scope to popular music, if I asked you to describe what it sounded like in the 1980s, genres such as new wave, synth-pop, hair metal or old school rap might come to mind (or you could just name artists like The Police, The Human League, Poison or Run DMC). Three decades on, there is a canon of ‘80s music that most recognize as such and accept; many albums from that period I’ve written about here have a firm place in it—Remain In Light and Avalon regularly appear on other “Best Albums of All Time” lists, while you often hear singles from Hounds of Love and Skylarking on Sirius XM radio’s First Wave, a channel with a “classic alternative” format.

I’m in favor of such a canon existing, but after having heard so much of it so many times, I often find myself looking elsewhere—a canon can’t contain everything, obviously, so what of all the good stuff that never made it in? You could argue that it wasn’t popular enough, but practically everybody now identifies songs like “Just Can’t Get Enough”, “Blister In The Sun” or “How Soon Is Now” as ‘80s classics, despite not being top 40 hits at the time (in the US, anyway). Still, there’s just so much music out there, past and present, that you’ve never heard (and likely will never hear) because for whatever reason, it just never permeated the culture. This brings us to The Go-Betweens, a band from Brisbane, Australia who recorded six albums in the 1980s, barely made a dent anywhere commercially, and is only well-known by fellow musicians and music obsessives like myself. However, a few critics adored them (most notably Robert Christgau), and reading about them moved me back in 2002 to pick up a used copy of Bellvista Terrace, a single disc compilation of their greatest non-hits (which I rarely listen to anymore because I now have all five albums it draws from).

16 Lovers Lane was the last of their ‘80s albums, and the only one to come out on a major label (Capitol Records) in the US. Like every other Go-Between’s record, it sold poorly, although, perhaps thanks to Capitol, it at least got some radio airplay: “Was There Anything I Could Do?” actually made its way onto Billboard’s then-brand new Modern Rock Tracks chart, and “Streets Of Your Town” is probably the best-known song in the band’s entire catalog. Over twenty-five years after it came out, my first thought when listening to it still is, “Good lord, WHY wasn’t this record a hit?” Easily the poppiest set of songs the band ever recorded, 16 Lovers Lane is by no means difficult or challenging. The Go-Betweens were always a jangly guitar band, albeit one that initially came out of a post-punk, DIY aesthetic. By 1988, The Cure-like angular chords and sudden tempo shifts of earlier albums such as Before Hollywood (1983) had gradually given way to a more direct, emphatically melodic style. It’s fitting that a major-label move should be so accessible, but the album’s triumph is that it not only retains all of the band’s intelligence and warmth but also bolsters those qualities to new heights.

As with The Beatles, The Kinks, XTC and many other Anglo-centric artists, The Go-Betweens are, at their core, two talented singer-songwriter-guitarists (augmented by a rhythm section). As with nearly all their albums, the ten tracks here are evenly split between them. First-time listeners may struggle in telling Grant McLennan and Robert Forster apart, but after a few spins one can easily discern a McLennan song (heavily melodic, more pastoral, voice like a rougher Neil Finn of Crowded House) from a Forster one (looser, gives off a devil-may-care vibe while maintaining tight song structures, sounds a little like Echo and the Bunnymen’s Ian McCullough’s younger brother). Two other things set 16 Lovers Lane apart in the group’s discography: Mark Wallis’ lush but lucid production, which pulls off the trick of seeming simultaneously crisp and clear but also immense, as if it was recorded in in a cathedral; and fifth member Amanda Brown (who joined them on their previous album Tallulah (1987)), a multi-instrumentalist (how many other rock bands have an oboe player?) whose string arrangements and backing vocals anticipate later indie chamber-pop stalwarts such as Belle and Sebastian and Camera Obscura.

Recorded shortly after the band returned home to Australia following nearly a decade based in London, 16 Lovers Lane exudes a sustained feeling of renewal and spring-like joy, present in everything from the deliberately simple, two-chord progressions of “Quiet Heart” and “Streets of Your Town” to those moments in “Love Is A Sign” and “Clouds” where the acoustic intros suddenly bloom into full-bodied exultations of strings and ringing electric guitars. Beyond all these pleasant hooks and sounds, however, there’s some tension. Someone (I can’t figure out exactly who) once dubbed this album the “indie Rumours”; like Fleetwood Mac’s masterpiece, some of the band were romantically involved with each other during its making (McLennan and Brown were just falling in love, while Forster and longtime drummer Lindy Morrison had recently broken up).

It follows that McLennan’s songs are among his most euphoric ever: feisty opener “Love Goes On!” says all it needs to with that exclamation point in the title and a chorus of “ba-da-da-da, ba-da-da-DOW!/ Love goes on anyway,” and “Quiet Heart” simmers like U2 in all their majestic splendor (Wallis helped mix The Joshua Tree) but thankfully without any of Bono’s pomposity. Naturally, Forster’s songs come off more darkly and conflicted in comparison: “You Can’t Say No Forever” has a cathartic outro drenched with wah-wah guitar and Forster’s faint cries in the background while “Dive For Your Memory” is a beautifully sad, eloquent closer, a relationship post-mortem affecting and graceful in its simplicity. But neither man is a one-trick pony, for McLennan tempers the breeziness of “Streets of Your Town” with lyrics referencing butcher knives and battered wives; Forster also breaks from his misery in the cheerfully defiant “I’m Allright” and supplements his yearning and damage with wisdom and perhaps, even a hint of optimism on the sparkling “Love Is A Sign”.

Although I could have easily written about at least three of the band’s other ‘80s albums here, I chose 16 Lovers Lane because I felt its impact most immediately when I first heard it six years ago. Despite changes in tempo and temperament throughout, it all registers as one unified piece in my mind. Those robustly strummed guitars kicking off “Love Goes On!” instantly place me in the aura of an unseasonably warm spring afternoon, nature all coming back to life as I walk head held high alternately through a blue sky metropolis or endless fields of green; I remain entrenched in this mindset all the way to the oboe melody that concludes “Dive For Your Memory”. I could offer many practical, cognizant reasons as to why this album never found a wide audience or became part of the ‘80s music canon (or even the more compartmentalized sub-canon of late ‘80s modern rock), but it would amount to little more than conjecture. Truthfully, there is no single or good reason for The Go-Betweens’ relative obscurity in the pop firmament, and it’s futile to bemoan this fact or ponder any more at length a past we cannot change. All I can do is ask you to listen to this record, and if you like it, encourage you to ask others to listen to it. In this process, we end up building our own personal, individual canons, influenced by the culture at large, but altogether more potent for how they enrich our inner selves and reflect them back to the outside world.

The Go-Betweens split up a year after 16 Lovers Lane, but, as with the changing of the seasons, McLennan and Forster will eventually appear in this story again.

Up next: Through being cool.

“Streets of Your Town”: