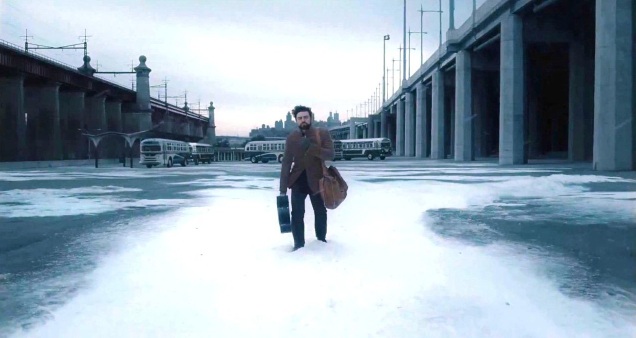 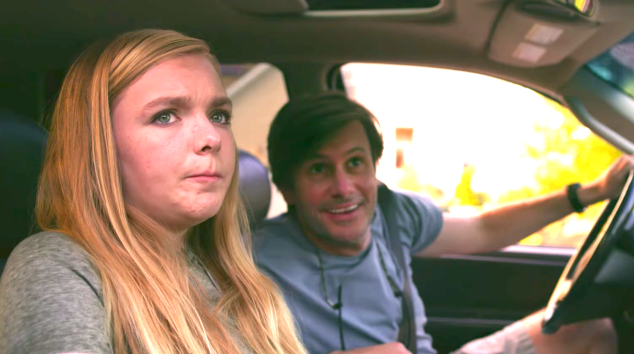 1. CALL ME BY YOUR NAME
Indifferent to much of what I saw this year, this film’s late December arrival felt like a small miracle. Reining in the excesses that sometimes cheapened his earlier work while retaining his passion and drive, director Luca Guadagnino crafts almost an embarrassment of riches: Armie Hammer and his alternately swooning and dorky physicality… a monologue for the ages for the great character actor Michael Stuhlbarg… the exquisite modern classical/Sufjan Stevens score… and most of all, Timothée Chalamet, whose breakthrough may prove as iconic as, if nothing at all like Dustin Hoffman’s in The Graduate. No piece of art is absolutely flawless, but I’d not change a single thing about this beautiful, devastating love story—my favorite new film in at least a decade.

2. FACES PLACES
We’re just lucky at all to get one more major work from the 89-year-old Agnès Varda, but there’s a twist in the form of her co-director: 34-year-old performance artist JR, whose giant portraits plastered onto buildings drive this essay film’s narrative. As the duo travel around France, we see them for the kindred spirits they actually are. Varda charts her friendship with this younger co-conspirator while ruminating on her illustrious past and contemplating her own mortality. It’s this last facet that provides an elegiac undercurrent in step with her affection for both art and the human spirit, and it makes for a fond farewell.

3. PATERSON
Jim Jarmusch appears to have entered his twilight renaissance phase, first with the surprisingly sturdy Only Lovers Left Alive and now with this endearing, understated character study of a bus driver/poet with the same last name as the titular New Jersey city he lives in. Adam Driver has never been more attuned to a director’s sensibilities than Jarmusch’s but don’t overlook the film’s supporting cast: everyone from real find Golshifteh Farahani (as his wife) to William Jackson Harper (Chidi from The Good Place!) leaves deep traces that fortify an honest-to-god community. This late-January-in-Boston release proved a touch too quiet for last year’s Oscars, so call it an ideal future cult classic.

4. A QUIET PASSION
With director Terence Davies, you’d expect an unconventional biopic, and with Cynthia Nixon as Emily Dickinson, you sure as hell get one—bet you never thought you’d see ol’ Emily impulsively smashing a dinner plate. Still, as he did with Wharton’s prose in his razor sharp adaptation of The House of Mirth, Davies does his subject proud while, with considerable help from Nixon, also humanizing her. They allow this venerated artist to be something of a mess, but an intriguing one, illuminating both her professional and personal struggles, most eloquently in conversations with her sister (a stunning Jennifer Ehle) and Nixon’s daringly agile, all-out performance.

5. PHANTOM THREAD
Yes, the retiring (we’ll see) Daniel Day-Lewis is predictably great (as is Mike Leigh-ster Lesley Manville), Jonny Greenwood may be only second to Mica Levi in innovative modern film scoring and the attention-to-detail, from costuming to period breakfast food is impeccable. And yet, it’s two other unexpected things that launch this into the upper echelon of Paul Thomas Anderson’s work. First, the odd confluence of tones he absolutely masters, particularly from the midpoint on. Second, the arresting Vicky Krieps, who is every bit DDL’s equal, her Alma shrewder and smarter than a Hitchcock heroine—expect more great things to come from her. 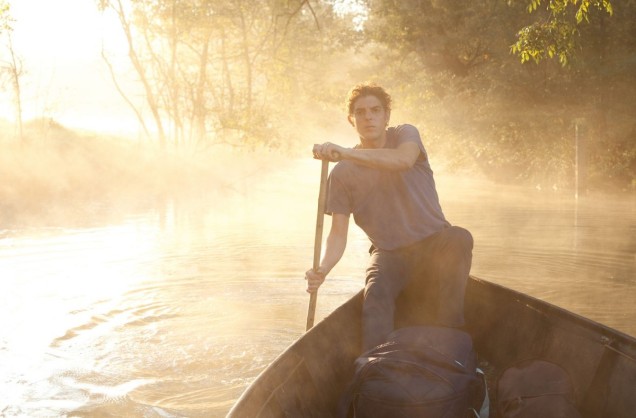 6. STAYING VERTICAL
Alain Guiraudie’s enigmatic follow-up to Stranger By The Lake follows a drifter (Damien Bonnard, hypnotic in his laconic befuddlement) who stumbles into a variety of not-so-pithy (and sometimes life-altering) situations, among them cruising, fatherhood, screenwriting and holistic medicine. Destitution, sheepherding and loud, vintage progressive rock also play into it, along with a birth, a death and a whole lot of sex (after those three things, what more could one want?) It occasionally feels like an Antonioni film scripted by Hal Hartley, but for all its quirks and unusual left turns, it builds towards a conclusion that’s powerful in its sobriety.

7. GOOD TIME
Wipes away any doubts you ever had about Robert Pattinson as a good actor—in accent, haircut and overall demeanor here, he’s scarcely the Edward he once was, and good on him. But the Safdie Brothers, whose work I’ve admired since their not-mumblecore debut The Pleasure of Being Robbed, have also evolved in sensibility and scope, drawing as much from Scorsese as they do from Cassavettes, only making it all their own thing (with ample help from Oneohtrix Point Never’s dense, thrilling score.) A slice of life far more nuanced than the somewhat overrated The Florida Project. 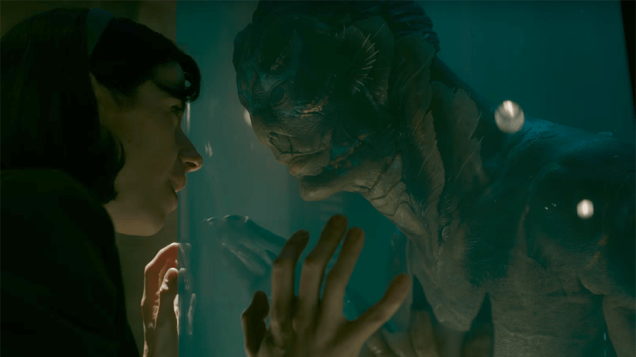 8. THE SHAPE OF WATER
I get that whether you find the fish-man arresting or disgusting is a possible make-or-break in enjoying Guillermo Del Toro’s ambitious spectacle; still, I immediately surrendered myself to all of it—the mid-century period design, the subversion of and alliance to classic Hollywood tropes, the great Richard Jenkins in his finest role since The Visitor, Michael Shannon’s most intense (and that’s saying a lot) villain ever and of course, Sally Hawkins, whom in a less competitive and politically charged year would win all the awards for her lovely turn as a mute cleaning lady consumed and redeemed by love.

9. WONDERSTRUCK
As Todd Haynes films go, I’d rate this below most others, but second-tier Todd is still pretty great, especially in how flawlessly he utilizes the dual structure narrative. Both the 1927 sequences, which pay close-but-not-fawning tribute to F.W. Murnau’s Sunrise, and the 1977 stuff, which nails that particular New York minute far better than Spike Lee’s Summer of Sam ever did could each make a compelling film on their own. Still, it takes a master like Haynes to convincingly thread them together and an actress like the young Millicent Simmonds to push through all the conceptual stuff to express this tale’s heart.

10. LEMON
I can’t resist squeezing this curious little indie into my top ten. Falling somewhere between Todd Solondz and Quentin Dupieux, director Janicza Bravo’s aesthetic is certainly not for everyone (if anything, Michael Cera’s more deliberately mannered here than he was in Twin Peaks: The Return!) But, you couldn’t ask for a better showcase for Bravo’s husband Brett Gelman, who infuses his schmuck-everyman with a fearless, vanity-deficient gusto. Although it often plays like a series of absurd sketches (family sing-along “A Million Matzo Balls!” is my fave), his continued presence lets it coalesce into something more.

I don’t really need to say anything more about the four titles Oscar-nominated for Best Picture (or I Am Not Your Negro, a Documentary-nominated holdover from last year that opened theatrically in February here.) Strange Weather and Little Boxes (pictured above) are indie festival titles now streaming on Netflix, featuring great performances from Holly Hunter and the late Nelsan Ellis, respectively. Hirokazu Koreeda’s After The Storm is nearly up there with Our Little Sister (if not Still Walking); I hope that Jennifer Kroot’s delightful Maupin doc hits a streaming platform near you in 2018.