At last, my fifty favorite films of the past decade. As usual, I’ll be counting them down ten at a time, but don’t expect five straight days of posts as I’ve done in the past; look for them over the next month. 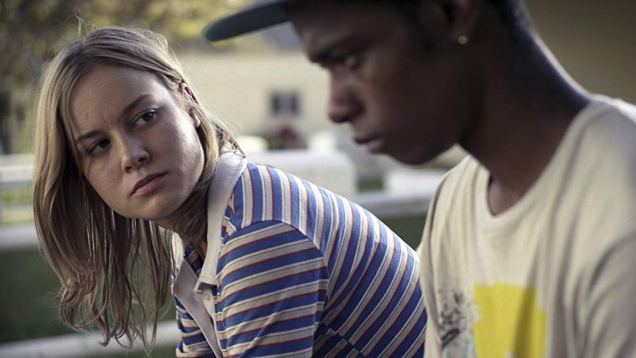 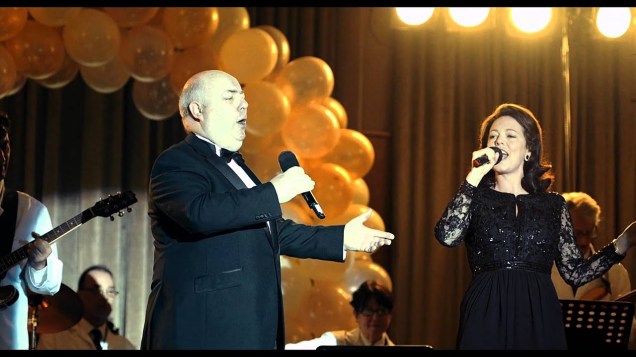 49. THE LOBSTER
This frankly won me over the moment a rather nebbishy Colin Farrell brayed the film’s title when explaining what animal he’d like to be and why; what a peculiar but completely realized fantasy that satirizes the very idea of being able to find one’s supposed “soulmate” while also secretly buying into the notion despite itself. 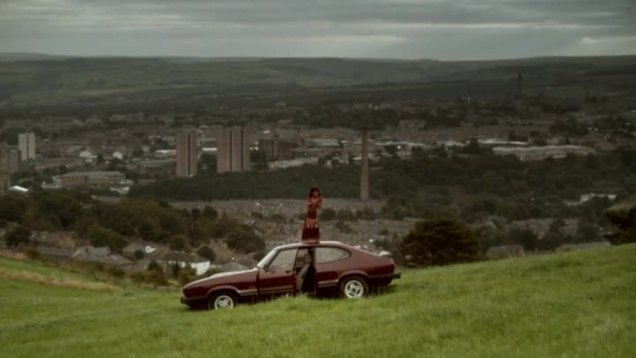 48. THE ARBOR
Late British playwright Andrea Dunbar explicitly drew from her surroundings to the point where her art and life became indistinguishable; by interviewing Dunbar’s neighbors, children and other relatives, but casting actors to lip-synch their words, Clio Bernard’s unconventional documentary is both revealing and cathartic. 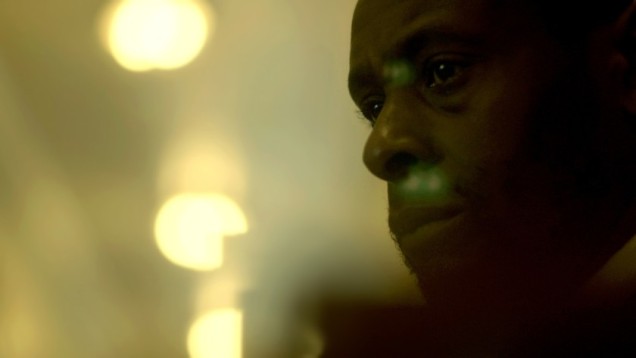 47. FREE IN DEED
Free in Deed provides an unusually nuanced depiction of faith healing, allowing the actions of parishioners of a storefront Pentecostal church in Memphis (and their consequences) to speak for themselves. Featuring a trio of excellent performances (David Harewood, Edwina Findley and RaJay Chandler), this intense micro-indie shook me to the core. 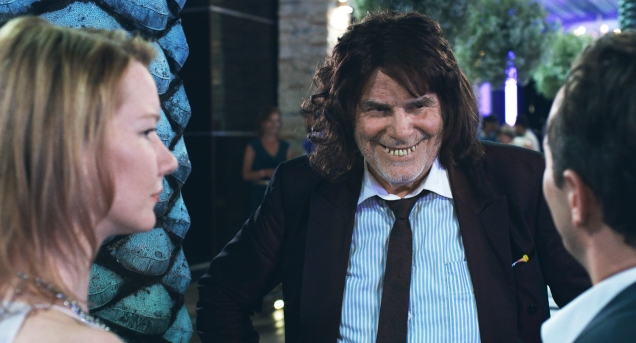 46. TONI ERDMANN
Maren Ade’s father/daughter absurdist epic remains one of decade’s most unique confections, an audacious melange of cringe humor and bizarre set-pieces that play out like a series of particularly cerebral episodes of The Office, complete with ridiculous false teeth and an impromptu rendition of a schlocky power ballad. 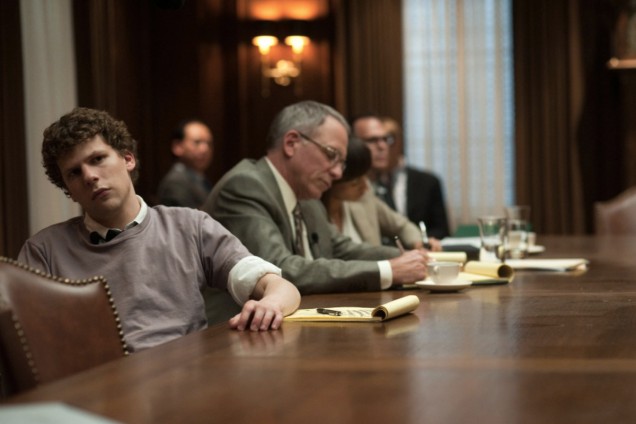 45. THE SOCIAL NETWORK
At its best, this Fincher/Sorkin spectacular recalls 1970s New Hollywood auteur cinema by placing faith in an audience’s ability to keep up with its moral ambiguities and briskly paced dialogue. Not sure how well it holds up in the face of subsequent Zuckerberg revelations, but Jesse Eisenberg here remains a bravura of casting. 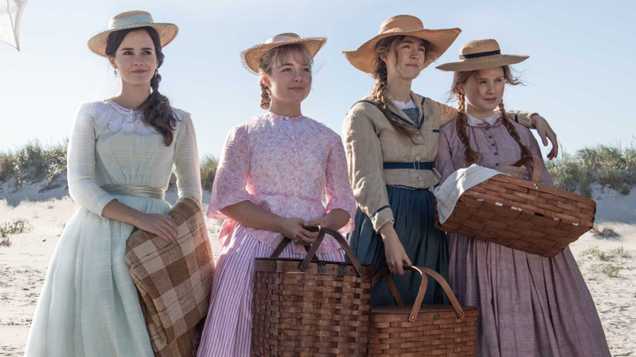 44. LITTLE WOMEN
With the aid of an ensemble for the ages, Greta Gerwig lends invention and life to a familiar tale. Her openness-bordering-on-irreverence to the well-wrought source material captivates—any complaint of having to work to comprehend the fractured timeline dissipates as that structure pays off beautifully in the final third. 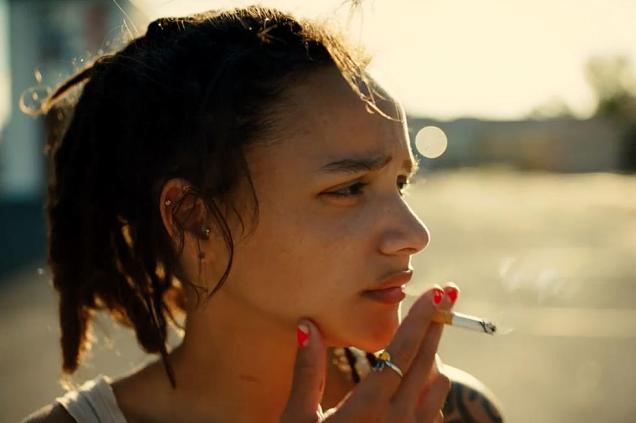 43. AMERICAN HONEY
A two-and-a-half-hour-plus road movie about teenagers selling magazine subscriptions door-to-door (in 2016?), with first-time actress Sasha Lane carrying almost every scene and a rat-tailed Shia LaBeouf as a credible romantic lead? Only Andrea Arnold, the great British director behind Red Road and Fish Tank could have pulled this off. 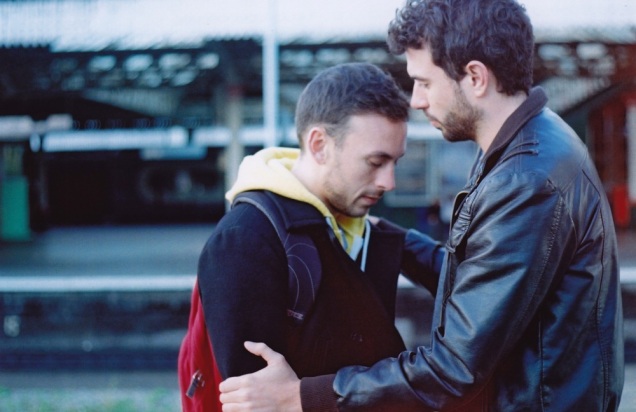 42. WEEKEND
In Weekend, two guys hook up at a bar and spend the next 48 hours fucking, chatting, ingesting copious substances and walking all over town, trying to make sense of their newfound connection and how messy, startling and beautiful it is when two people seek and find a certain intimacy with each other. 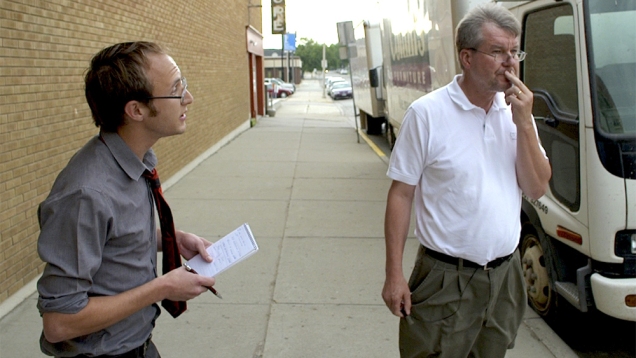 41. THE OVERNIGHTERS
A pastor opens up his church to shelter transplanted male workers in rural North Dakota in exchange for assistance with chores and adhering to a moral code as he sees it. As details accumulate and hidden intentions come to light, even the simple notion of wanting to do “the right thing” proves ever more complex and loaded in this intriguing doc. 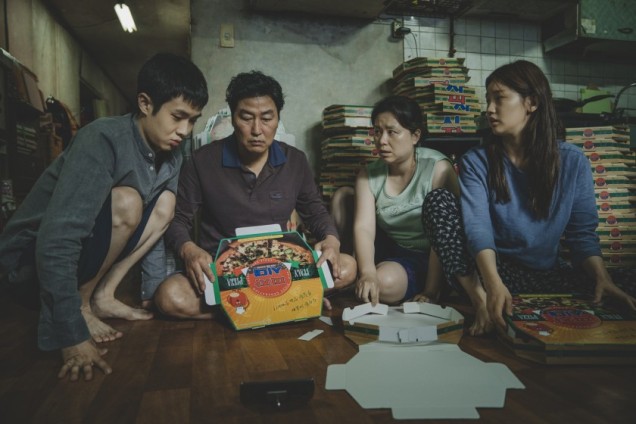 1. PARASITE
The first Bong Joon-ho film to become a genuine sensation, it lives up to all the hype and then some. It’s so well-constructed, you believe every facet of it even as it threatens to spiral out of control. As usual with the director, it’s hard to classify or define: is it a class-conscious satire, a race-against-the-clock thriller or a revenge-driven horror story? Bong seems to be asking, “Why not all of these things, and simultaneously at that?” Also, he and his impeccable cast and crew show you can create technically astounding cinema that’s also thoughtful and deeply felt. 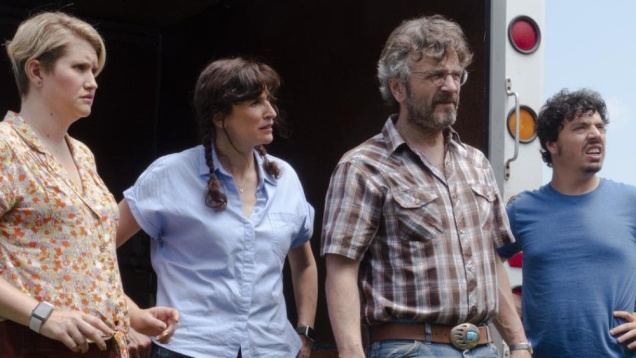 2. SWORD OF TRUST
Lynn Shelton’s first feature in five years might be her best. An inspired screwball romp regarding the sale of a sword from the Civil War, it features a sharp ensemble cast headed by Marc Maron. Exhibiting real growth as an actor here, he’s equally adept at deadpan humor and convincing pathos as a laconic pawn shop owner. Shelton’s ease at letting him and the likes of Jillian Bell, Michaela Watkins and Jon Bass improvise and play off each other results in a hilarious indie comedy that was somewhat overlooked. 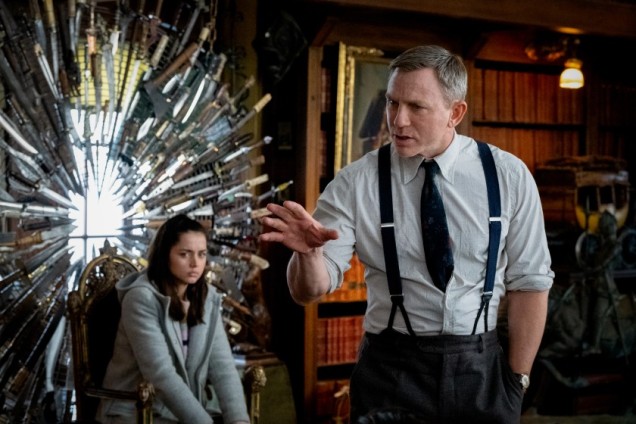 3. KNIVES OUT
Rian Johnson’s spirited homage to neo-whodunits like Clue and Murder By Death is first and foremost wonderfully entertaining—I can’t recall the last time I had so much pure, unadulterated fun at the movies (and how could you not with Daniel Craig somehow pulling off a ridiculous Foghorn Leghorn accent?) That Knives Out not only concerns familial bickering but also class differences and illegal immigration firmly renders it a film of its time, and one I suspect will serve as a defining record of it decades from now. 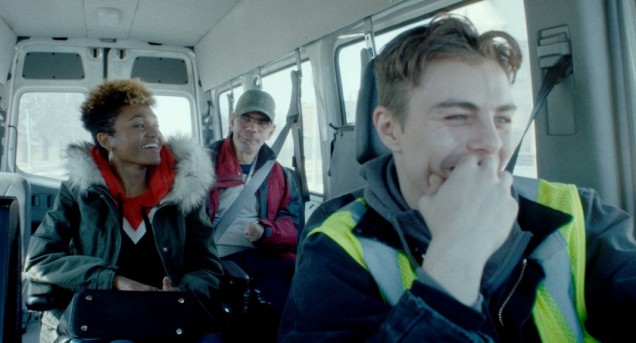 4. GIVE ME LIBERTY
Following a young medical transport driver over a single day in Milwaukee, Kirill Mikhanovsky’s American indie is one of the more ambitious and exciting to emerge in recent memory. Focusing on multiple populations that aren’t affluent, white and/or fully abled (like his lead character, Mikhanovsky’s the son of Russian immigrants) in one of the country’s most segregated major cities, it’s breakneck-intense and more than a bit messy, especially in its artier moments; it’s also funny, lyrical, breathtaking, and full of outstanding performances. 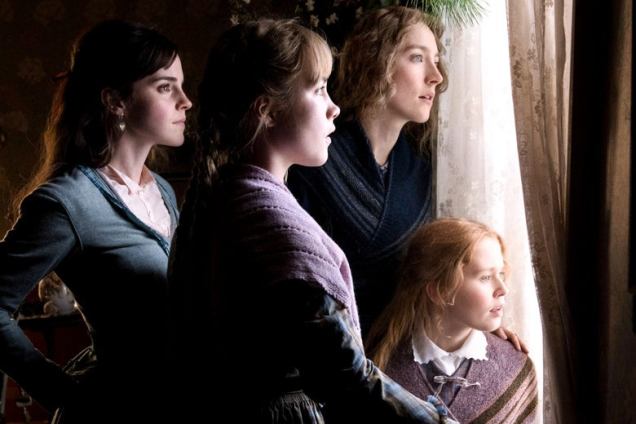 5. LITTLE WOMEN
Lady Bird was a fine (if *slightly* overrated) directorial debut for Greta Gerwig; this follow-up shows what she’s made of as a filmmaker. Her openness-bordering-on-irreverence to the well-wrought source material is captivating—any complaint of having to work to comprehend the fractured timeline dissipates as that structure pays off beautifully in the final third. With the aid of an ensemble for the ages, Gerwig lends invention and life to a familiar tale, her adaptation a sparkling reminder as to why some tales endure and a guide as to how one should retell them. 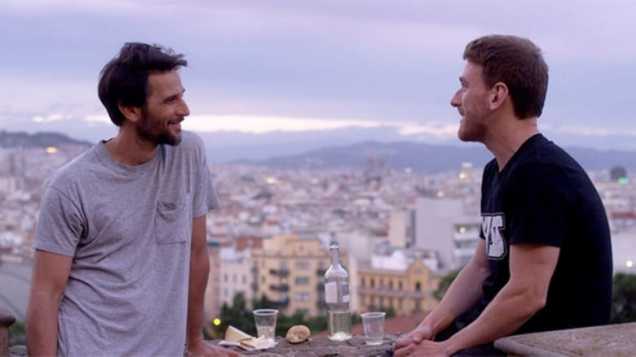 6. END OF THE CENTURY
Kicking off with ten-to-fifteen sublime, dialogue-free minutes all over Barcelona, this eventually becomes what you’d want to a call a love story if that term didn’t feel so reductive. As the rest unfolds in non-chronological order, it depicts a relationship but also delves into themes of sexual coming-of-age, deciding whether or not to act on a feeling and, as the title spells out, a little pre-Millennium tension. A mashup of transcendent art film and affecting character study, End of A Century is also a hidden gem. 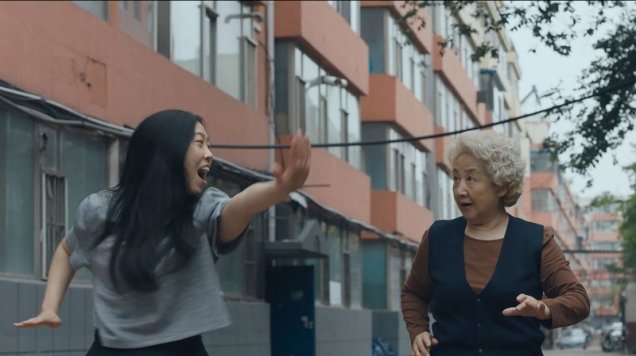 7. THE FAREWELL
The latest in a long tradition of family wedding films and one of the more relatable, realistic depictions of such I’ve seen. I’d like to think Lulu Wang was influenced by Ang Lee’s somewhat forgotten The Wedding Banquet, where one can swap a lie about illness with one regarding the groom’s sexuality, but this feels closer to the recent work of another great contemporary, Hirokazu Kore-eda. Awkwafina exhibits range far beyond her usual comedic persona, but don’t forget Shuzhen Zhao, who is perfection as the grandmother. 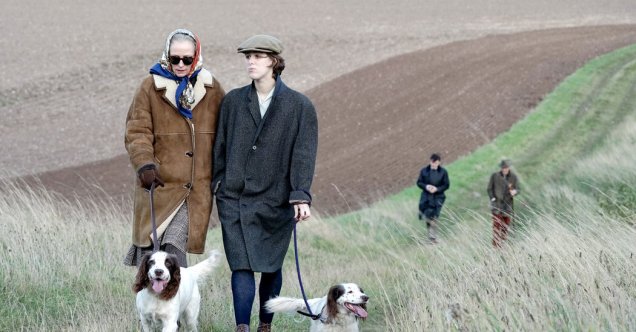 8. THE SOUVENIR
When I finished watching Joanna Hogg’s latest, my first thought was, “I really want to see this again,” and it’s been some time since I last felt that way about a new film. At this date, I haven’t yet returned to it, but I still think fondly of Honor Swinton Byrne (who should have no trouble following in her mother’s footsteps based on her excellent work here) as a stirringly complex heroine and the ultra-specific world Hogg (re-)creates for her, informed by memories and artefacts that add ample heft and texture. 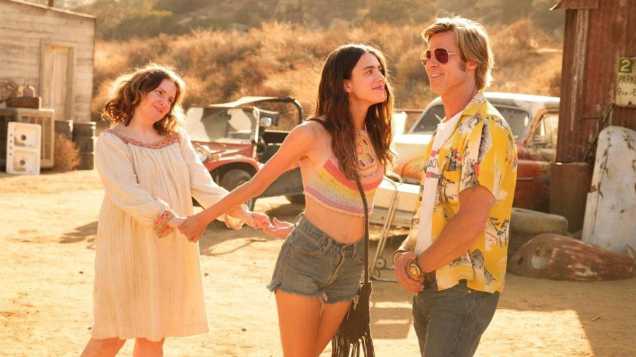 9. ONCE UPON A TIME IN HOLLYWOOD
This is Tarantino’s best since the ‘90s (come at me, Inglorious Basterds-stans!) because it has everything I want from him right now: great deep-cut soundtrack, insane period detail, wacko cameos and, as something missing from the rest of his recent work, an earned emotional resonance via the bromance between DiCaprio and Pitt. The ending is imperfect and kind of dumb but also ballsy and truly cathartic, so I don’t know. Pulp Fiction, although trailblazing and iconic, is also imperfect, and perhaps only Jackie Brown is more poignant than this. 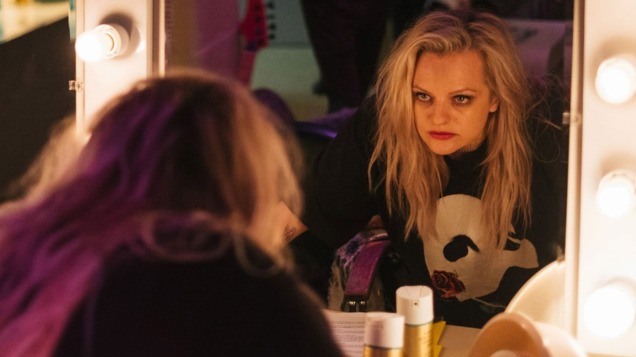 10. HER SMELL
Elisabeth Moss as a Courtney Love-style ’90s alt-rocker is an unlikely but juicy proposition in Alex Ross Perry’s searing psychodrama, which captures not only the frenzy of ratty concert venues and lived-in recording studios, but also their lingering monotony and ennui. Moss suffuses her bratty, monstrous tyrant with humor, weirdness and depth, exhibiting full command of her character’s startling emotional trajectory. Not holding back in its depiction of dark excess and terrible behavior, Her Smell also recreates a time and culture with fluency and feeling. 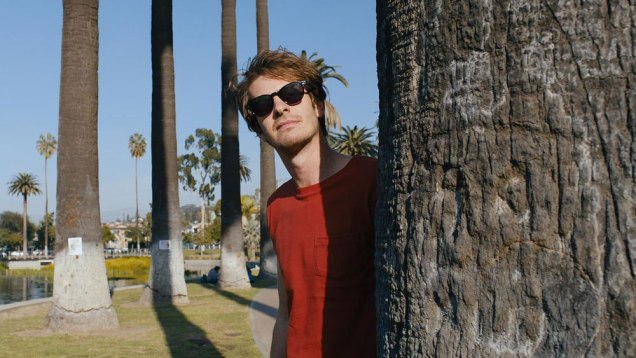