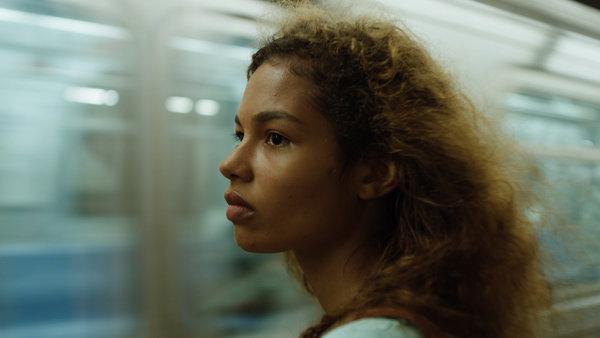 Battle of the Sexes
Not particularly innovative for a 2017 film—it plays like a good old fashioned crowd pleaser more than anything else. Granted, it likely would not have been made on such a scale twenty years ago (much less in the 70s). Stone’s not a natural choice for King, but she pulls it off (while King’s sexuality is explored with sufficient nuance); Carell, on the other hand, is perfection as Bobby Riggs—I’d rather see him in roles this well-suited to his comedic talents than stuff like FOXCATCHER. B

The Wife
Close is terrific, acting without quite ACTING! and if this is what finally gets her an Academy Award, so be it. As for the rest of the film, the scene where her younger self describes a manuscript as possessing wooden characters and unrealistic dialogue gives the game away (and that’s not even mentioning an eye-rolling deus ex machina the likes of which I haven’t seen since THE DEBT.) C+

Key Largo
Not really the florid love story a certain 1980s soft-rock standard would have you believe, but a claustrophobic nail-biter, 90% of which unfolds in a hotel lobby overrun with gangsters (from Milwaukee, hah!) led by the film’s true star, a magnetic Edward G. Robinson (who just won’t let poor moll/lush Claire Trevor have another drink, for Christ sakes!) Bogie and Bacall each do that thing no one else does so well together, but this is pretty minor compared to THE BIG SLEEP and TO HAVE AND HAVE NOT. B

Lean On Pete
Expanding his palette beyond the more contained worlds of 45 YEARS and WEEKEND, English director Andrew Haigh adapts a Willy Vlautin novel for his first American feature. The protagonist, transient 16-year-old Charlie (Charlie Plummer) unexpectedly finds solace when he stumbles into assisting a curmudgeonly horse racer, Del (Steve Buscemi, ideally cast) and in particular, caring for the young horse whose name is the film’s title.

Best to go into this one knowing little else, as the unsentimental journey Charlie takes is surprising, unsettling and increasingly bleak. At times difficult to watch and occasionally unshapely, there are three constants that sustain the film’s momentum: Haigh’s perceptive direction, Magnus Joenck’s gorgeous cinematography (esp. in the second half) and Plummer’s heartbreakingly naturalistic performance. It’s an effective (if tonally dissimilar) analogue to Andrea Arnold’s AMERICAN HONEY and it reiterates Haigh’s status as a filmmaker to watch. A-

Through A Glass Darkly
Here’s my issue with Bergman: PERSONA and everything after it intrigues me, but I’m left cold by the revered 1950s films. This is the first one I’ve seen from the period between those two eras and I’m confused. At times, I wanted to yell out, “Oh, just lighten up, you miserable Swedes!” However, as it went on, I found myself more and more pulled into Karin’s peculiar struggle and palpable pain, so much that by the end I was left speechless and near-shattered. Bergman proves a master of silence and what’s (very occasionally) left unsaid, so perhaps I should watch THE SILENCE next. B

Madeline’s Madeline
An admittedly frustrating but always fascinating puzzle box of a film. On the surface, it appears to be about teenager Madeline (Helena Howard), her antagonistic relationship with her single mother (Miranda July) and her after-school participation in an experimental theater troupe led by Evangeline (Molly Parker). But there’s so much more going on here—actually, I’m not entirely sure what’s all going on here: A meditation on the creative process? The danger of making art out of one’s own personal experiences? Or is it all just the unfiltered, interior state of a troubled, possibly mentally ill teenaged girl? Whatever it is, I was fully on board for all its madness. Whether you love or hate what director Josephine Decker has concocted here, it’s essential viewing for Howard’s blistering performance—she’s almost terrifyingly great. A

The Thomas Crown Affair
Sure, it’s a triumph of style over substance, but my god, what style… Boston never looked as cozy as it did in the Beacon Hill scenes here, or that chess match. Split screens, imaginative editing, Michel Legrand scores—all catnip to me. B+

Blow-Up*
Appreciated this a lot more now than on my last viewing about twenty years ago. Whereas the final iconic scene once left me utterly baffled, it’s now my favorite moment in the film, perhaps because of the weight of everything preceding it. Still not even the third or fourth best Antonioni, but, at the very least, an invaluable artifact of 1966 London as viewed through a singular lens. B+

Blaze
An unconventional biopic with a trio of notable performances, one expected (Alia Shawkat, more impressive with each role she appears in) and one unexpected (musician Charlie Sexton is pretty great as Townes Van Zandt.) Then, there’s first-time actor Ben Dickey as the title figure, a 1980s larger-than-life Texan “outlaw country” singer/songwriter who never found fame and was murdered before he turned 40. He’s genuine and engaging in a way that’s hard to fake: a better-known, more seasoned actor might’ve been technically better, but not as interesting to watch. I still prefer Ethan Hawke’s acting to his directing (this could’ve easily been a half-hour shorter), but his enthusiasm and sincerity proves a decent fit for this kind of shaggy, elegiac story. B

Ace In The Hole*
A damning, wholly effective precursor to NETWORK in many ways, only Billy Wilder’s much more fun than Paddy Chayefsky (and far less blunt.) I’d take a walk over to Kirk Douglas’s house just to hear him sneer at floozy Jan Sterling, “WHY DON’T YOU WASH THAT PLATINUM OUTTA YER HAIR?” A+

Colette
Colette was such a fascinating figure for her time it would take a concerted effort to make a boring film about her. Typically, Keira Knightley is neither miscast nor an exceptional lead; she does what’s required of her, and that’s fine. Fortunately, Dominic West practically bubbles with joie de vivre as her hubby Willy–you’d almost root for him if he wasn’t ultimately such a deplorable cad. This automatically loses points merely for being in English rather than French, but director Wash Westmoreland’s (in his first film without now-deceased husband Richard Glatzer) sympathetic in crafting more than just a pretty picture, even if this is a long way off from something like A QUIET PASSION as films about female literary pioneers go. B-

A Fantastic Woman
An Important Film regarding trans lead characters, which alone doesn’t make it compelling, especially given the realistic but constant brutality depicted towards her. But Daniela Vega is a compelling enough presence to make it work—in a perfect world, she would’ve received the film’s second Academy Award (after Best Foreign Language Film.) Bonus points for brilliant use of Alan Parson Project’s dramatic, soft-rock chestnut “Time”. B+