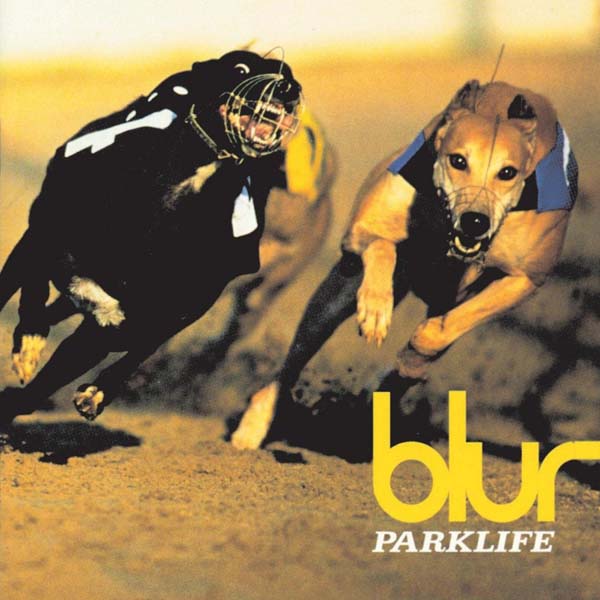 Track listing: Girls & Boys / Tracy Jacks / End Of A Century / Parklife / Bank Holiday / Badhead / The Debt Collector / Far Out / To The End / London Loves / Trouble In The Message Centre / Clover Over Dover / Magic America / Jubilee / This Is A Low / Lot 105

Labeling by genre is a helpful but potentially misleading way to write about music. Naturally, describing an artist as rock or jazz or classical or Scandinavian black metal (if you want to get really specific) gives most readers a common signifier to latch on to regardless of their personal familiarity with said genre. For example, take Britpop—even if you’ve never heard “Wonderwall” or “Common People”, you know from the word alone that it describes a type of popular music that’s inherently and emphatically British in sound and subject matter. Still, just because a band makes British pop, does that automatically make them Britpop?

For many, London quartet Blur are Britpop personified, partially due to them being one of the best-selling acts in the UK at the genre’s peak, but also because their music was emphatically and, probably to most American ears, excessively British in nature. They peppered their songs with such specific cultural references as “colour supplements” and the Westway and had titles like “Advert” and “Mr. Robinson’s Quango”; lead singer Damon Albarn also did absolutely nothing to mask or smooth out any hint of Limey tang in his voice. Parklife, their third album, often plays like a time machine buzzing through snapshots of the last thirty years of British rock and roll, enthusiastically bouncing between Beatles-esque splendor (“End of a Century”), XTC-like social commentary (“London Loves”), Kinks-ian chamber pop (“Clover Over Dover”), new wave (“Trouble In The Message Centre”), glam (“Jubilee”), psychedelia (“Far Out”), exotica (“To The End”), etc., etc.

Parklife is undeniably, quintessentially Britpop, but what’s tricky about Blur is that they were always so much more than that. Look back to their 1991 debut, Leisure and you’ll find a decidedly less poppy (and frankly, less inspired) outfit riding the then-trendy shoegaze/Madchester bandwagon; look ahead to their self-titled fifth album in 1997 and you’ll hear them trying to shake off their more overly British aspects in favor of scrappier, less polished sounds gleaned from American indie rock (and it worked, giving them their sole American hit). Even shifting the focus back to Parklife, you see a group crafty enough to borrow from genres past and present but also inspired enough to fully transcend pastiche—you can label “Bank Holiday” as their “punk” song and “Girls & Boys” as their “synth-pop” song, but Albarn’s songwriting and the band’s musicianship is such that, in the end, you simply remember them as Blur songs.

Speaking of which, “Girls & Boys” opens Parklife on a deliriously cheeky note with its repetitive two-note synth hook, blatant disco rhythms and provocative and daft wordplay in the chorus (all together now: “Girls who are boys / who like boys to be girls / who do boys like they’re girls / who do girls like they’re boys”). Without Graham Coxon’s abrasive (yet still melodic) guitar riffs, this critique of “love in the ‘90s” could nearly be peak Pet Shop Boys at their satirical best (PSB even later remixed it), except, despite Albarn’s slightly mocking tone, it seems just a little more heartfelt than that—after all, the chorus quoted above ends with the line, “Always should be someone you really love.”

Similarly, “Tracy Jacks” details a middle-aged, middle-class everyman whom gradually cracks under the pressure of the societal expectations his age and class implies, going so far as to impulsively shed his clothes in public and eventually “bulldoze down the house he lived in.” His rationale in one generalized but irresistibly succinct couplet? “I’d love to stay here and be normal / but it’s just so overrated.” And yet, while Albarn acknowledges the situation’s absurdity and extremity, he never condescends to or fails to sympathize with his subject, his tone in the chorus turning uncommonly tender, plaintively noting of our doomed Mr. Jacks, “He knew in his heart it was over.”

Such is the humaneness that emanates throughout Parklife. While Albarn is certainly capable of a scathing critique (showing absolutely no mercy to Bill Barrett, the opportunistic dreamer of “Magic America”; even the wonky synth solo seems to be mocking the dope), far more often, he adopts the voice of the people, forging a persona that very well knows he could’ve ended up like Tracy Jacks had his own career as a pop star not panned out. On “End of a Century”, in addition to immediately deflating its significance by following the title with the phrase, “It’s nothing special.”), he muses, “The mind gets dirty / as you get closer to Thirty,” a clever lyric that’s also evocative for its candor and disclosure.

Later, on “This is a Low”, the album’s miserablist masterpiece, he again misdirects us, this time following the title with the phrase, “But it won’t hurt you,” which crucially transforms the song from a lament to a reassurance. Even when he lets Quadrophenia actor Phil Daniels serve as his overtly cockney-accented mouthpiece on the title track’s verses, you can discern an overriding affection for middle-class London—after grousing about “getting rudely awakened by the dustmen” and “all the joggers who go round and round (and round),” Albarn via Daniels concludes he’s happy, “safe in the knowledge that there will always be a bit of my heart devoted to it.”

If that sounds a tad sentimental, rest assured that the song’s enthusiastic verve undercuts any hint of sap. Much of Parklife simply would not work (nor have had as significant an impact or nearly the staying power) if not for its confident, clever, fully realized music. The breadth of different styles alluded to above makes even the band’s previous record, Modern Life is Rubbish (which encouragingly plants the seeds for Parklife’s breakthrough) seem relatively monochromatic; that the band pulls off nearly every one with aplomb is a criteria they have in common with their storied predecessors-cum-influences. And even then, you start to wonder if XTC or The Kinks could turn out something as soothing and eerie as “To The End”, a cavernous soundscape of vibes, tom-toms and Stereolab’s Laetitia Sadier intoning sweet nothings in French, and follow it two tracks later with “Trouble In The Message Centre”, a dark, drivingly catchy electro-rocker overflowing with hooks, made indelible by Albarn’s dramatic, deadpan, slightly tart spoken vocals.

I suppose one could dismiss this sort of agility as a means of showing off; others could even go so far as to deem Parklife an imperfect album, pointing to a handful of throwaway tracks that it really doesn’t need (“Far Out” screams “B-side that somehow made it onto the LP”, while the skippable “Lot 105” does little else but lighten the mood after “This is a Low” mightily growls to a close). For many Brits, I assume Parklife may even seem dated now given its immense popularity over there. However, as an American college student at the time, for me it was a lifeline, vindication that the numerous British bands I adored since falling for Abbey Road were viable alternatives to all of the then-massive domestic grunge rockers that did nothing for me. I won’t claim that Parklife necessarily sounds timeless, but it endures due to its sustained quality and musicianship. Blur itself built a long-term career on those exact tenets, but also by forever confounding expectations. Nothing else they did ever reached Parklife’s heights, but with the exception of the Coxon-less Think Tank (2003), none of it was ever less than interesting, and that includes last year’s not-bad reunion effort, The Magic Whip.

“Trouble In The Message Centre”: