As always, “2020” is relative. Many of these titles have a copyright date of 2019 (a few even go back to 2018!) My #1 film received its initial theatrical release in 2019 but did not play my town until last February; likewise, most people won’t get to see my #3 film until it hits VOD and Hulu this February, although I had the fortune to view it at virtual TIFF last September. With exhibition presently and continually being redefined due to COVID, think of this as a list of the best new movies of the past year, including those that I could not have seen any earlier.

1. PORTRAIT OF A LADY ON FIRE
Celine Sciamma’s exquisite 18th century romance between two women, an artist (Noémie Merlant) and her subject (Adèle Haenel) gains so much power from taking the slow burn route, deploying all of its accoutrements sparingly, letting the connection between its two leads develop organically so that when it first reaches a crescendo in the astonishing feast scene midway through, one can’t help but be fully engaged in their fate. And, as that actual fate becomes apparent, it’s near-impossible not to feel and absorb the mad rush of emotions practically emanating from the screen, culminating in a simple but profound, powerful final shot.

2. SOUND OF METAL
Ruben, a noise-rock drummer (Riz Ahmed) loses his hearing—a succinct, seemingly clear-cut premise that director/co-writer Darius Marder (in an astonishing feature debut) expands and permutates into a far-reaching but compellingly interior study of losing control and the lengths we’ll go in order to retain it. Anchored by Ahmed’s terrific, immersive performance and buoyed by Paul Raci as his unsentimental counselor, Sound of Metal is a journey whose depth you would rarely find in a studio film; it’s also one of the best ever movies about addiction. 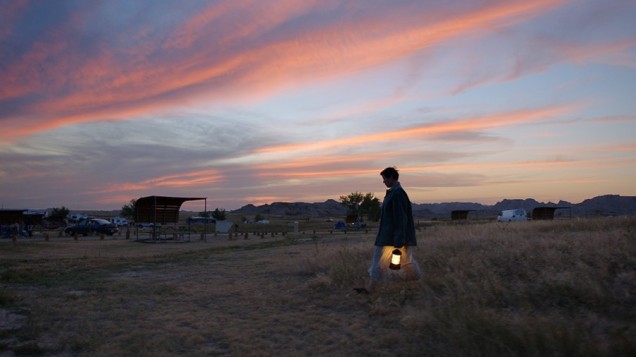 3. NOMADLAND
If anything, an advance on Chloe Zhao’s last film, The Rider, and not necessarily because she’s now working with an Oscar-winning actress (though McDormand is the best possible one for this type of project.) Nomadland retains the earlier film’s willingness to observe and illuminate rather than judge or persuade. Lyrical but not pretty, sorrowful but not miserable, reflective but not static, it may take place in 2012, but it fully embodies an era of American life that’s still with us and continues to unfold.

4. FIRST COW
This has a gentle, gestating narrative that requires patience, but it also rewards those who become invested in the fate of a 19th century cook (John Magaro) and a Chinese immigrant (Orion Lee) as they become unlikely friends and form an impromptu business partnership. What they build is forever precariously hanging by a string due to the titular animal that makes their potential fortune possible. By applying such high stakes to such richly detailed “slow” cinema, First Cow ends up filmmaker Kelly Reichardt’s most fully realized effort in years, possibly ever. 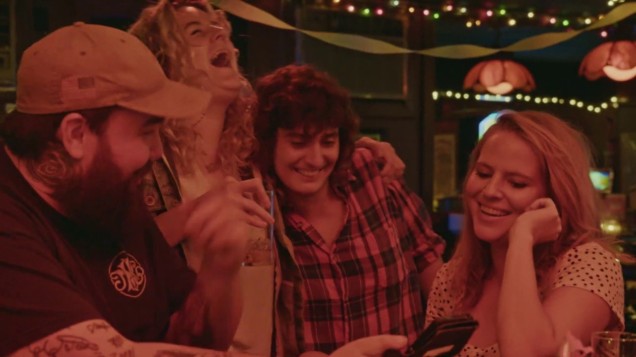 5. BLOODY NOSE, EMPTY POCKETS
The Ross Brothers nearly outdo themselves with their latest documentary, a fly-on-the-wall account of the last day of business for a Las Vegas dive bar. Initially resembling a Frederick Wiseman-directed, much seedier version of Cheers, it eventually reveals the all-too-human behavior of the bar’s assorted patrons, for good and for ill. To divulge anything more would spoil what the Ross’s are actually up to here; I will note that, watching this on November 3rd, it confirmed for me the character and compassion that I know my country is capable of.

6. BACURAU
Defying categorization, this references a variety of classic films but gradually reveals itself as a neo-take on one particular genre (it’s best to come into it not knowing what that is.) A fervent chaos surfaces in often thrilling ways–a drunken speech at a funeral, an unexpectedly brutal death, a certain 80s pop song on the soundtrack (also too good to give away here.) Bold, slightly erratic, gorgeous and, of all things, nearly as tuned into the modern world and its growing social-economic divide as Parasite. 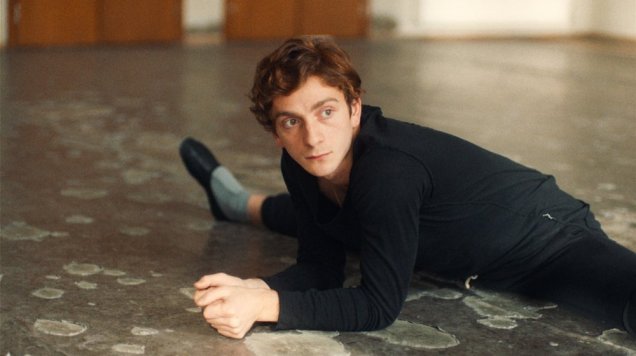 7. AND THEN WE DANCED
This Georgian import focuses on Merab (Levan Gelbakhiani), an aspiring competitive dancer who falls for a new nonconformist male member of his troupe. It owes a lot to Call Me By Your Name, from the intense flirtation that develops between the two to Merab’s sympathetic faux-girlfriend. Fortunately, And Then We Danced easily transcends homage, not only by nature of telling its particular story in a culture where it is still highly taboo, but also in its Georgian dance sequences and in particular, that rapturous finale.

8. DAVID BYRNE’S AMERICAN UTOPIA
Initially thought this was going to be a lesser Stop Making Sense; while any kind of concert ex-Talking Heads frontman Byrne attempts will always live in its shadow, by the end of this, I was overcome by the same adrenaline rush I felt the first time I saw the Demme film. The humaneness and goodwill on display here may or may not resonate as effectively when viewed ten or twenty years from now; presently, it feels immense, a celebration of rhythm as the great unifier.

9. HAM ON RYE
A group of teens converge for a party at a local deli, and that’s arguably the only conventional aspect of Tyler Taormina’s auspicious debut feature. Simultaneously comforting and unnerving, it’s a fully-formed world both carefully resembling and greatly diverging from our own. Nearly as unique as (and far less upsetting than), say, Blue Velvet, it builds towards a ritualistic sequence that filled me with joy while also leaving me with so many questions (What was in those sandwiches? Is this what happens to Mormons?)

10. HOUSE OF HUMMINGBIRD
A working class study blessed by both a great lead performance from Ji-hu Park and writer/director Bora Kim’s nuanced, humanistic approach. Set in the ‘90s, it follows a teenage girl going through some ordinary but substantial issues with her family, friends and school—kind of like a South Korean Eighth Grade, only set in pre-internet/social media times. Mixing Mike Leigh-style class critique and Ozu-esque domestic drama with great finesse, this belongs on a short list of essential coming-of-age films.

11. BOYS STATE
This documentary about a conference of a thousand teenage boys from Texas who come together in state capital Austin to build a mock government complete with elected officials is thrillingly a total microcosm of the current American political climate.

12. COLLECTIVE
Can’t remember the last film (or documentary, no less) where I gasped or whispered “wow…” out loud so many times. This alarming level of corruption took place in Romania, but it could also all too easily happen here (and arguably has.)

13. NEVER RARELY SOMETIMES ALWAYS
As for scenes that explain the title of a curiously-titled film, this is one of the best–certainly the most harrowing and effective in recent memory.

14. WOLFWALKERS
A gorgeous, 2D-drawn fantasy set in 17th century Kilkenny, centered around a conflict between the townspeople and a wolfpack. Forgive me for being sappy, but it genuinely warmed my heart like little else I’ve seen in the past year.

15. KAJILLIONAIRE
Give Miranda July credit for continuing to follow her own peculiar path and not succumb to working-for-hire or diluting her quirks for a mass audience. With a novel hook and a great ensemble, it even resonates in ways one can hardly predict at the onset.

16. STRAIGHT UP
Name-dropping Gilmore Girls in the first fifteen minutes reveals director/writer/actor James Sweeney’s core aesthetic, but he both conceives of and (with his cast) delivers the rapid-fire dialogue superbly without it coming off as secondhand.

18. BLACK BEAR
Aubrey Plaza in this film is not as amazing as Naomi Watts in Mulholland Dr, but she’s really, really close.

19. LOVERS ROCK
So much pure, unadulterated joy in this–certainly more than in any other McQueen film I’ve seen.

20. MR. SOUL!
Stellar, entertaining doc about an old public television show you probably don’t know but should. Ellis Haizlip is an unsung hero of his time; this gives him his due.

So, Toronto International Film Festival—was hoping to attend in person for the first time in six years, but that obviously couldn’t happen. Fortunately, I secured through work an industry pass allowing me to “virtually” attend, streaming from my Macbook an official selection of fifty features. Despite numerous titles frustratingly being unavailable because of my type of pass or country of residence, I still managed to catch 22 features over eight days—the most I’ve ever seen in that short of a stretch, except perhaps when I was a Film Studies grad student.

Needless to say, the real “TIFF” experience is not fully present this way, as half the fun consists of live Q&As, standing in lines, exploring Toronto and scouring the streets for cheap eats between screenings. Still, I’m grateful for even this version of it. My favorite film of the fest was predictably Nomadland and it’s no small thrill that it’s seemingly most other people’s as well. No close second-or-third place contenders, but I was delightfully surprised by Shiva Baby, No Ordinary Man, Limbo, 76 Days and Spring Blossom, and disappointed by Enemies Of The State, Pieces of a Woman and to a lesser extent, Summer of 85. My rankings and reviews are available here.

As for the rest of the month, the best newish title was House of Hummingbird, a South Korean coming-of-age drama that’s a little like Koreeda by way of Mike Leigh, but director Kim Bora clearly has her own voice. The new Charlie Kaufman boasts a great, intimate ensemble and the chances it takes mostly pay off, but it’s a lesser film than Synecdoche, New Yorkor Anomalisa because there is such a thing as being too abstract.

Paused the chronological Egoyan re-watch to take in later work Adoration before it left Criterion Channel—possibly still his best of this century (which isn’t saying much.) A lot of re-watches lately, in fact: Beau Travail (in 4K restoration, looks superb even on a laptop), Staying Vertical (gradually ascending up my best of the ‘10s list), The Gleaners and I (Varda Forever), Support The Girls (let’s all scream!) and Hard Eight, PTA’s least essential feature, but still worth a watch if mostly for a touching lead performance from a never-better Philip Baker Hall.

Films viewed in September in chronological order, with director, year of release and my rating (out of 10); starred titles are re-watches: