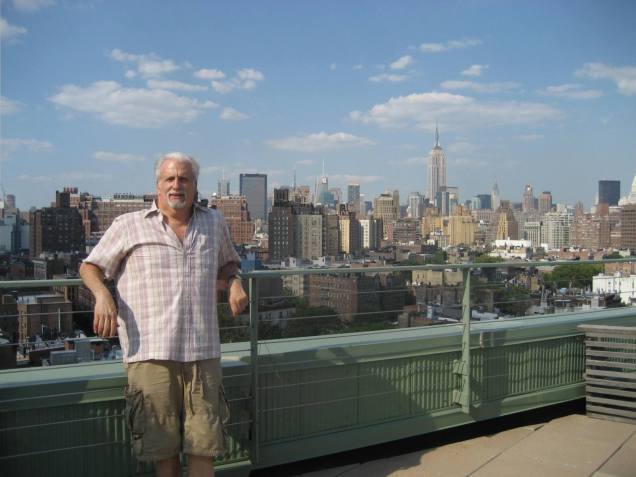 I met Bruce Kingsley in 2004 when he joined Chlotrudis, my film group. We first bonded over our shared love of movies, of course, particularly when we both attended the Toronto Film Festival the following year. However, as I began making periodic visits to see him in New York (where he’d put me up at his West Village condo), we discovered a mutual love of music as well.

In time (about mid-2006), Bruce asked me to make a mix CD for him. He had been a big music fan in the ’80s, but lost touch since then. He was intrigued by our conversations about music and wanted to hear some of the current stuff I’d been listening to. In typically exhaustive Bruce fashion, he sent me a lengthy email detailing all the music he liked, listing not just artists and albums but individual song after song, including a handful even I had never heard of.

The first mix you ever make for someone is always the most fun because you have seemingly infinite options—the ability to delve deep into your entire library and select the twenty or so beloved songs you most want the recipient to hear. Given Bruce’s edict for new music, I mostly picked songs from the past five years, including a few by artists I first encountered while writing for a now-defunct music website (Tompaulin, Marit Bergman), some of my all-time favorites (Belle and Sebastian, Saint Etienne), new, if somewhat obscure singers I thought he’d be receptive to (Nellie McKay, Stew), a few faves from 2005-06 (Sufjan Stevens, Andrew Bird, The New Pornographers) and, for good measure, two tracks from the ’90s I thought he ought to hear (Ivy, Jen Trynin). Its title, “I’ve Never Been Wrong… I Used To Work At A Record Store” came from the LCD Soundsystem track, which I think summed up the music-geek nature of the selections well.

No matter how diligent you are in crafting a first mix so that the recipient will like it, you always run the risk of not quite clinching it. Fortunately, I need not have worried, for Bruce loved it. His favorite track was the Belle and Sebastian one, which was actually a last-minute addition on my part. He’d play the whole thing for various friends whom, when I was introduced to them in New York, would say to me, “Oh, you’re the one who made The Mix!”

In retrospect, I think this mix conveyed how much our friendship had solidified. If we hadn’t connected so well, I’m not sure it would’ve resonated with Bruce as strongly. But then again, Bruce was an easy person to befriend. Intelligent, charismatic, kind and generous, he lit up every room or space he inhabited without dominating it or being overbearing. He was also highly opinionated and often a little snarky, but never, ever off-putting or cruel. Given our 30+ year age difference, he often felt like a mentor to me, not in the professional sense but as someone with a history and wisdom far, far beyond my own, a person who had lived a very full life, the kind of life one aspires to.

He has been on my mind extensively since his sudden passing in June at the Provincetown Film Festival, where he suffered a heart attack in between screenings (while at a restaurant called Cafe Heaven, of all places.) Attending a celebration of his life in New York last weekend, I saw so many photos of him from many eras of his life (projected in a slideshow) that I hadn’t seen before, and heard so many loving, moving testimonials from family and friends. I’ve already said this many times, but it’s still hard to believe he is gone.

I made Bruce a few more mixes over the years, but this first one remains my favorite; I have to believe it was his as well, going back to that notion that the first mix you make for someone is the most fun for the maker, but also the most special for the recipient. Below is the track listing and a link to a re-creation of most of it on Spotify. Rest in peace, my dear friend.

*Not on Spotify as this writing