I live a ten-minute walk from an enormous park; it’s in Boston, but up against the city’s Western border. From here on out, I’ll refer to it simply as The Park.

I frequented The Park with my husband and our dog for years before I lived so close to it. To be honest, its proximity was one of the most compelling reasons to buy our current home about four years ago.

Since the COVID-19 quarantine began, as with many green spaces for most people, The Park’s one of the few places I’ve been able to leave home for, apart from the local supermarket and various restaurants offering takeout. I’ll walk over there about once, maybe twice a week depending on the weather. 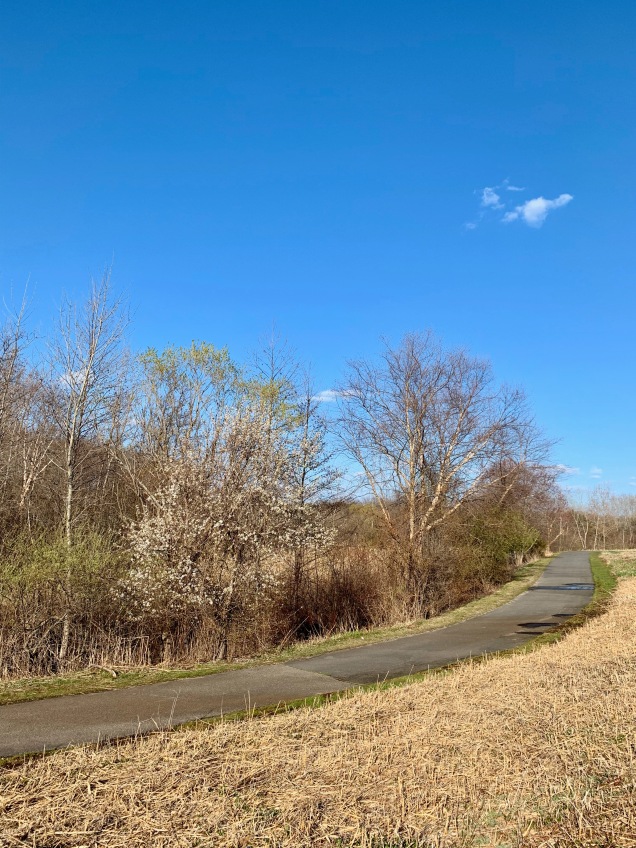 Apparently, The Park was once a landfill, filled up and transformed into its current state about two decades or so ago. It’s laid out with paths in three concentric circles, each one significantly more elevated than the last.

As a result, the walking paths contain many curves.

With each walk I’ve taken this early Spring, the grass has turned a little greener…

…and trees have begun to blossom more fully.

The Park isn’t empty as these pictures make it seem; after all, as previously noted, it’s one of the few places people can go. Still, it’s not unusual to see such spaces as this vast soccer/rugby field nearly uninhabited.

For me, walking is a lifeline. Before, I spent at least an hour a day on my feet, to and from the Commuter Rail station, using my lunch break at work to walk through the leafy streets of Brookline, making the rounds through the Back Bay to kill time before catching a train home.

I have a treadmill in my basement that I use more frequently now, but it’s not the same as being out in the open air, taking in my surroundings as I move forward.

As the weather gets warmer, I hope to visit The Park more frequently.

I anticipate all the pastels of Spring gradually becoming greener until Summer returns and it’s difficult to remember a time when it was too chilly to go outside at all. 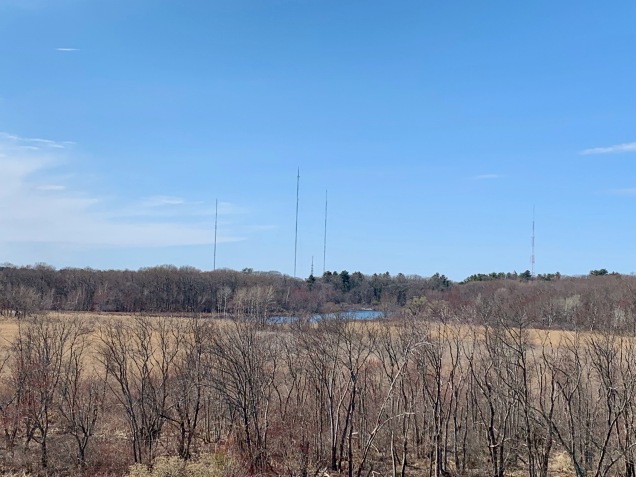 Presently, everything’s in limbo; I wonder, among many other things, when I’ll be able to rent a canoe to paddle along the Charles River (seen in the background above) again.

For now, the kiddie playground at The Park remains empty, closed off as the Prudential Center and the John Hancock Tower loom way off in the distance.

I’ll always love The Park, but I long to return to all the other places I love as well.