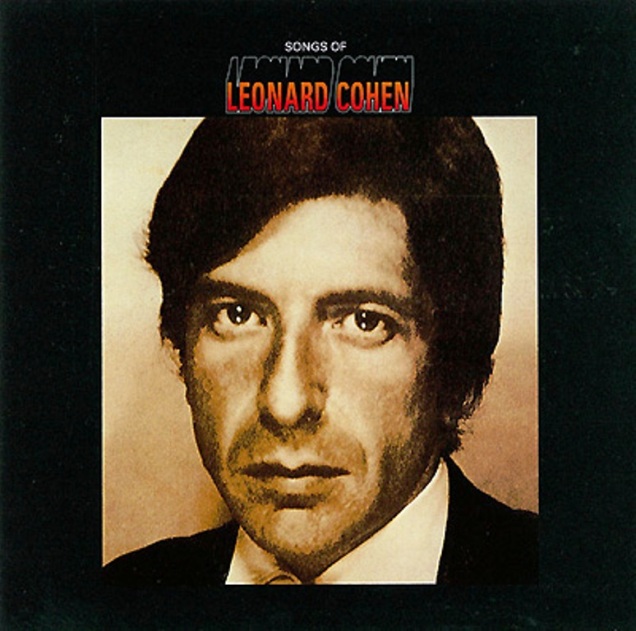 Track listing: Suzanne / Master Song / Winter Lady / Stranger Song / Sisters of Mercy / So Long, Marianne / Hey, That’s No Way To Say Goodbye / Stories of the Street / Teachers / One of Us Cannot Be Wrong

I once read somewhere that Robert Altman heard SONGS OF LEONARD COHEN at a party and had an “eureka!” moment, thinking it the perfect soundtrack for the film he was working on, 1971’s McCABE & MS. MILLER; never mind that McCABE was set in 1902 and the album was recorded 65 years later. Both the film, an idiosyncratic, revisionist western from a New Hollywood auteur and the album, itself an idiosyncratic, revisionist collection of folk songs written and sung by a poet from Montreal convey timelessness and reflection, favoring poetry over prose while maintaining a narrative structure.

Although McCABE uses only three of Cohen’s songs (“Winter Lady”, “Stranger Song” and “Sisters of Mercy”), both film and album are forever linked together in my mind. I had heard the latter first via a dollar-bin vinyl copy purchased as a college undergrad, not long after discovering Cohen’s 1988 album I’M YOUR MAN. By then, he had altered his sound radically, favoring a deliberately chintzy aesthetic full of cheapo keyboards, cooing female background vocals and his own low, ravaged voice a more-often-spoken-than-sung growl. SONGS, Cohen’s debut album from twenty years before sounds like the work of another man: it’s primarily acoustic guitar-based, often accentuated by strings and occasional horn and organ flourishes. Most alarmingly different is Cohen’s higher vocal timbre–I was initially unable to reconcile it with the lower tone I knew and loved, playing SONGS once or twice and filing it away.

A few years on, I’d moved to Boston to study film. As I made my way through Altman’s filmography (particularly his peak early-70s period), I finally got to McCABE, having put it aside simply because it was a western, never one of my favorite genres. However, as “Stranger Song” played over the opening credits, where the lead (Warren Beatty), concealed in a hat and period gear, rides a horse into a rain-drenched, Pacific Northwest milieu, it’s no exaggeration to say it took my breath away. Rarely had I seen such an unconventional yet ideal match between song and image—Cohen’s plaintive but effective vocals, a musical backdrop consisting entirely of plucked guitars and a repetitive but engaging minor-key melody all carrying within them a quietly awestruck wonder. It felt more immediate and intimate than a more traditional, orchestral score would have; it also successfully set a precedent that this would be unlike any movie western I’d ever seen and that I’d never forget this first impression.

As “Stranger Song” becomes associated with McCabe himself, Altman utilizes the film’s two other Cohen songs as themes for specific characters. Ms. Miller (Julie Christie), the earthy, sharp whorehouse madam whom prospector McCabe goes into business with, is paired with “Winter Lady”, a gentler, more wistful but no less melancholic tune than “Stranger Song”, fleshing out the guitars with a lone flute and a soft, celeste-like chime. Meanwhile, the roughhewn, inexperienced women who become Ms. Miller’s initial employees are detailed a sequence that makes ongoing use of “Sisters of Mercy”, which has the most traditional and richest arrangement of the three Cohen songs. Some of cinematographer Vilmos Zsigmond’s most striking images accompany the song, in particular a church steeple set against a painterly, glistening sunset.

So powerful is Cohen’s music in McCABE that one wishes Altman would’ve used more of it. Hearing those three songs in the film naturally moved me to return to SONGS and in the process, discover its odd, highly distinctive allure. At least three out of its seven other tracks are now unqualified standards. Likely Cohen’s most recognized song after “Hallelujah”, opener “Suzanne” contains lyrics iconic for their specificity and vividness (“she brings you tea and oranges that come all the way from China”); Nancy Priddy’s background vocals also add texture and a welcome sweetness that Cohen’s disarming but homely croak simply isn’t capable of. “So Long, Marianne” ever-so-slightly rouses up the tempo and features one of Cohen’s catchiest choruses without sacrificing his inimitably sung cadences (“to laugh / and / cry / and / laugh / and / cry a-bout it / all a-gain”). “Hey, That’s No Way To Say Goodbye” almost subliminally reprises the melody from “Suzanne” but makes a more pointed, whimsical use of Priddy’s vocals as they pop in and out between Cohen’s lead; the arrangement’s also quirkier, the song’s title providing the main hook as it ends on a curious, nagging riff somewhere between a twanged guitar and a jew’s harp.

Two of the album’s remaining four songs are as great as the three McCABE selections. “Master Song” consists of many stanzas set to the same melody repeated for nearly six minutes, but each verse has a new musical wrinkle, gaining momentum from such additions as a muted trumpet, or a blast of strings, or a curlicue organ filigree. Throughout, it conjures a feeling of majesty, not overblown or calling attention to itself, but forever lurking within, omnipresent and exuding wisdom and gravitas. “Stories of the Street” nearly accomplishes the same feat, but with more sustained orchestration, a higher-pitched melody (in which Cohen, though not the most dexterous of singers, acquits himself well enough) and evocative lyrics such as “And if by chance I wake at night and ask you who I am / O take me to the slaughterhouse, I will wait there with the lamb.” As for the other two, less memorable tracks (“Teachers”, “One of us Cannot Be Wrong”), they’re wisely placed at the end. Neither one is a failure, although when Cohen concludes “One of Us Cannot Be Wrong” with some woefully off-key wailing (almost as if he’s piss-poor drunk or going insane), you could either find it repulsive and inexplicable and want to say, “Oh, Lenny…” or simply laugh at its audacity—a rare glimpse of Cohen not taking himself too seriously.

Cohen apparently was not pleased with producer John Simon’s orchestral additions here. He would go on to record eleven more albums and few of them sound like this one. Alternately, he’d strip down the arrangements to the barest essentials (SONGS OF LOVE AND HATE), take the complete opposite direction with Phil Spector (DEATH OF A LADIES MAN), entirely revamp his sound and voice again in the 1980s with VARIOUS POSITIONS and the aforementioned I’M YOUR MAN and continue to alter, reduce and refine with age all the way through 2012’s OLD IDEAS. His discography is as rich as the life he’s lived (Sylvie Simmons’ recent biography is essential), but I return most often to this, his first album. The McCABE association is a major reason, but by far not the only one: with SONGS, Cohen arrived fully formed, a talent with few precedents and to be honest, relatively few followers. His lyrics, vocal tones and melodies all made for a sensibility that was entirely his own. We will also find this quality in our next entry which comes from a band born out of a movement it eventually broke away from, stubbornly foraging along its own divergent, less commercial path.